Recently I was asked about my definition of a dream job. For me, a dream job has always been connected with loving what I do and loving who surrounds me. Individual success with colleagues who support and work with me to achieve broader success feels like a dream job, and I’ve been fortunate to have had a few of those. My wife and daughter will tell you that I love my role as CFO at Multiview. The amount of laughter and smiles they get to witness, despite the pandemic, is a testament to that love.

Suspending present realities, my idea of the “dream job” would take me away from finance to cricket as a scorekeeper. I was never a good enough athlete to play professionally and realized that keeping score would be the next best thing. Watching cricket all day from one of the best seats in the house, being paid to travel with the team to exotic places like Australia, the Caribbean Islands, South Africa, Sri Lanka.

Cricket is baseball’s gentrified cousin. Like baseball, it can be enjoyed for the events that happen quickly (like home runs, stolen bases) and those that occur slowly (no runs scored for extended periods, full count at-bats, the pressure of a hitless pitcher’s outing). There are enough balls bowled (or pitched) that the sport is also a statistician’s playground. The opportunity to be paid to watch a game that you love and help create a record of the match still holds such geek-ish appeal.

Thinking back to my scorekeeping days, I realized that I am a scorekeeper of sorts now, and my team is Multiview. As the CFO and leader of the finance team, we’re responsible for generating the company’s financial statements that show our progress towards business goals and objectives.

Like the scorekeeper, we watch intently and ensure that we’re correctly recording what happens with each financial action and capturing the details of the significant events, allowing the company to look back and understand the circumstances surrounding the events. We can view and compare recent events with those a year ago, view divisions that beat their budgeted expectations, or see what percentage of total revenues a salesperson generated.

In the same way the perception of scorekeeper’s job doesn’t accurately reflect the modern reality of professional sports, my role as Multiview’s CFO has also changed with technological advancements.

Keeping score in sports used to focus on who won and who scored. At its heart, little has changed. Suppose you’re a fan of the game (and every scorekeeper is a fan) and have access to all this data. In that case, you will likely start casually looking through that data for patterns and pinpointing unusual events like really high or low scores. A look through all the scorecards of cricket (or baseball) team’s matches will reveal how successful a team was, and which players had the most influence on the wins (or losses). With a little math, it is possible to work out statistics such as frequency of team wins when facing a left-handed pitcher, or how often a player at-bat was caught in the deep vs. the infield.

That analogy points to the evolution of scorekeeping in sport; it requires that you look at the data analytics beyond the essential wins and losses to understand why a team won or why a player succeeded is the point of sports data analysis.

Professional sports teams now employ video editors and data analysts, in addition to scorers, to help them win. Every event is recorded, studied, refined, and then the findings are tested in practices and matches. The data samples that the sports team looks at are not limited to the actions on the field either. Does a player’s likelihood of contributing to future wins warrant a substantial contract? Are there other players available that might better represent the team’s brand? The 2003 book “Moneyball: The Art of Winning an Unfair Game” by Michael Lewis and then the movie that came out a few years later brought the concept of data analytics in sports into the broad public, but we’ve been seeing it for decades when we watch sports on TV.

The connection of sports data analytics to business today is that your role as a finance leader isn’t just to lead the scorekeeping team and track what happened. Your competitors are likely Studying the exact same data and making plans too.

Attempting to analyze data from multiple sources need a system to support accurate reporting and interpretation to make the right decisions with timely data.

Baseball and cricket lend themselves to statistics, and these have always been part of a true fan’s enjoyment of the game. Accumulating the game-day score sheets for a player’s career will allow you to calculate the on-base percentage, home run counts, and stolen bases, and this gives us the insight to compare across eras.

The volume of information being captured in today’s sports fields and arenas far exceeds what can be achieved by one person attending and recording their observations in the game. Consider the information needed to obtain the information represented here, which shows how far, what part of the field and the bases scored by Vladimir Guerrero over his career: 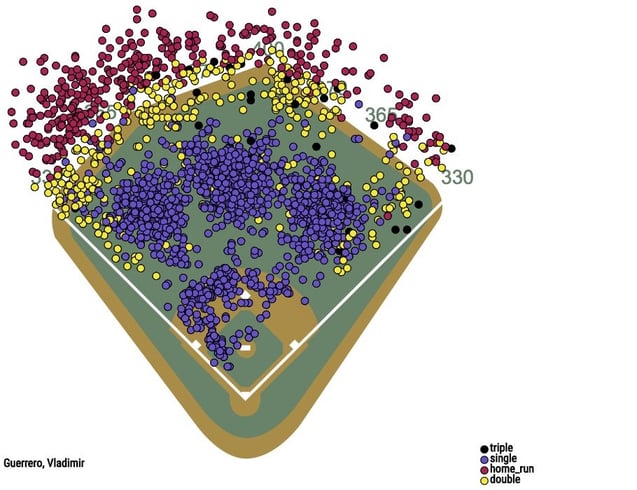 In sports, the number of professional data analysts and videographers allow the industry to deal with the volume of data being generated daily. The automated capture of this information is creating real-time decision-making information for the industry. Even as a fan watching a game on television, statistics and on-field observations are shared graphically during the broadcast, and available online almost on demand.

Imagine having this kind of up-to-date knowledge as the financial leader in a company and the ability to share this with key decision makers throughout. There are multiple approaches that you can take to make this a reality. That’s the good news. The bad news is that, as in sports, staying in the winning column requires constant refinement and adaptation so be the best, so a one-time investment will only get you so far.

In 2020, all companies should be able to rely on their accounting software or ERP to provide the basic scoresheets – income statements and balance sheets. The applications should be able to capture and present the multitude of managerial measures back to users to run the business. For those who have started making data-based decisions, you’ve hopefully incorporated other sources and are using this in an integrated manner with your core financial information. Like a sports team, the ongoing investment you make in your staff to help you interpret the reams of data, adjust the inputs and continually update your winning strategy will hopefully set you on the right path.

Justin has worked at Multiview as the Chief Financial Officer since 2017. Prior to this, he held progressive finance roles in multiple Canadian headquartered international development agencies. He has worked with local and international governments, boards of directors and funding agencies in North America, Africa, Asia and South and Central America.

To learn more about how to access your data in a real-time environment, please click here: www.multiviewcorp.com/product 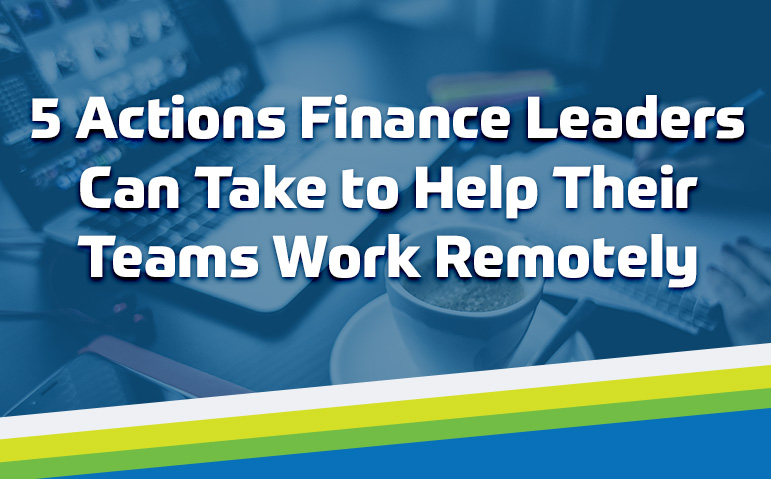 CFO Perspective: What I’m thinking about

When Mike, our President & CEO, asked me recently what I was thinking about in terms of the business, I let out a sigh. It was March 18, 2020 and we were staring down a period of economic ... 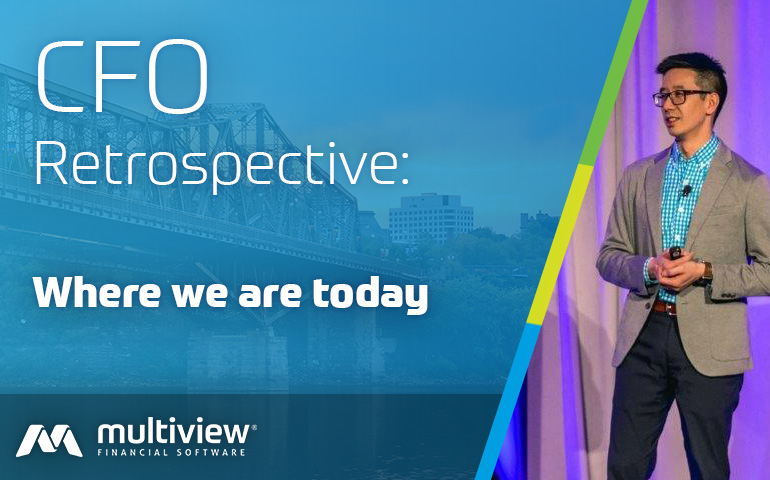 CFO Retrospective: Where Multiview is today

Three months ago, Justin published CFO Perspective: What I’m thinking about, where he wrote about Multiview’s approach to the health and economic uncertainty that COVID-19 brought as well as ... 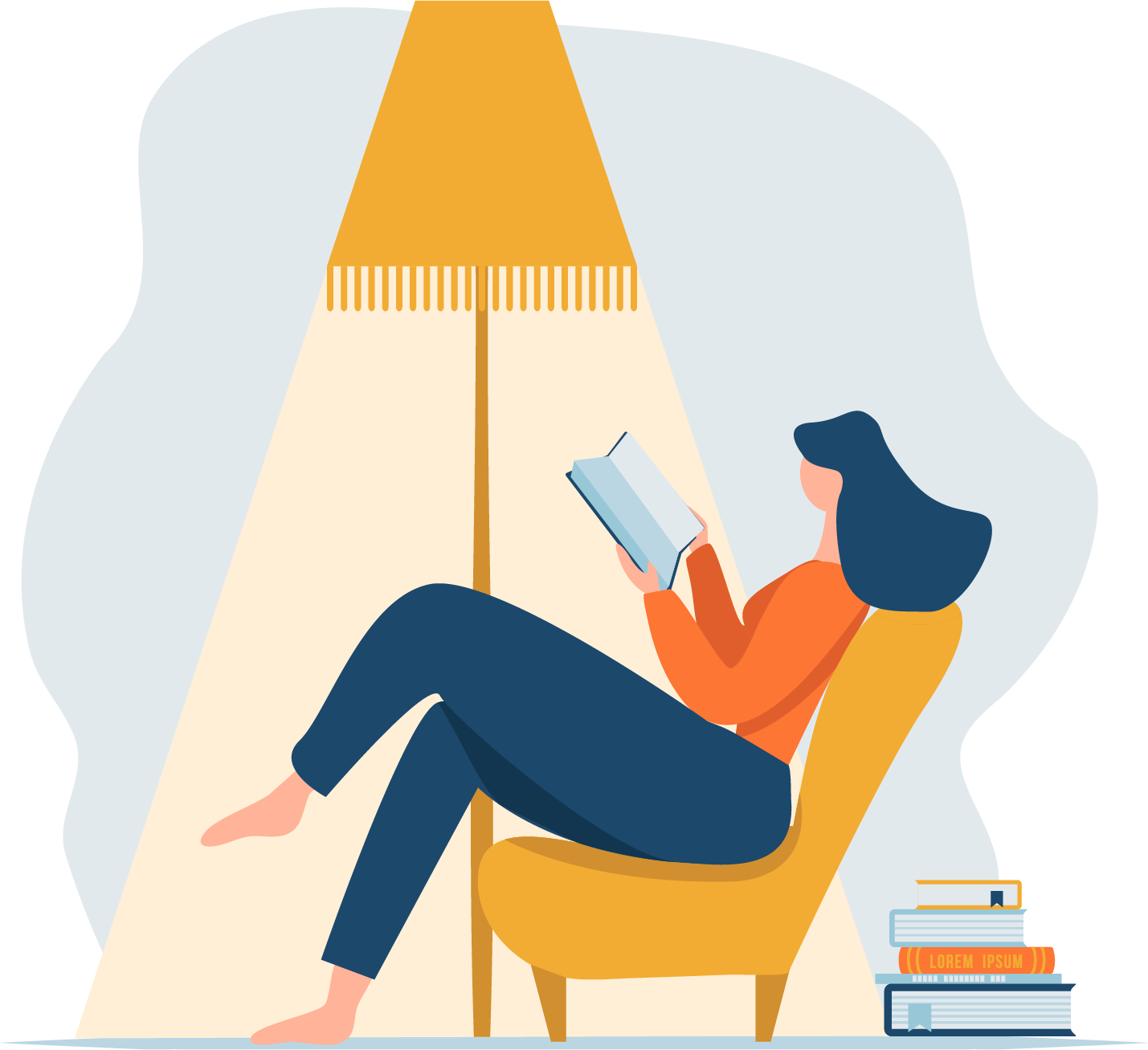 Recommended Reading for Every CFO

Recommended by Justin Winchiu With back to school just around the corner, there’s no better time to think about continuing education, and it doesn’t require going to class. Justin Winchiu, ...