Stakeholder versus shareholder capitalism is by no means a new debate. It’s one that’s been discussed for decades, but recent years have brought special attention to it. Here’s how these two perspectives differ, the people supporting each side, and the rationale behind these two concepts.

What Is Shareholder Capitalism?

Those who support shareholder capitalism believe that corporations have one purpose they need to fulfill: Generate revenue and ensure things are profitable for shareholders (i.e., those who own stock in the company). They also go as far as saying that losing sight of shareholders, who should be the primary party to please, will backfire on the company’s success.

What Is Stakeholder Capitalism?

Supporters of stakeholder capitalism say that a company should consider more than just the owners (i.e., shareholders), but everyone who has a stake in the company’s success. That includes employees, customers, and suppliers. In other words, anyone doing business with the company deserves its considerations as to how its actions will impact all of these parties.

Milton Friedman, professor at the University of Chicago, is often dubbed the “godfather” of shareholder capitalism. His view asserts that the only responsibility of a corporation’s executives is to ensure the owners see a profit. Friedman, who is a Nobel Prize winner, has argued this point all the way back to the 1970s when he published an essay in the New York Times on the same topic.

His opinion focuses around the ability to measure and define stockholder returns, whereas expecting corporate executives to account for other social responsibilities would require “spending someone else’s money for a general social interest.” He likens it to an unelected official taxing shareholders and then spending that money however they please, with very little accountability. With competing interest between shareholders and stakeholders, corporations would struggle to please everyone.

One of the biggest advocates of stakeholder capitalism is the Business Roundtable, which is an association of some of America’s largest corporate executives. Also on the board is Klaus Schwab, who founded the World Economic Forum (WEF). Schwab asserts that corporate executives must consider interests that go beyond profit-focused shareholders in order to perform ethically and in a balanced, sustainable manner.

Founder and CEO of BlackRock, Larry Fink, publicly acknowledged that the wealthy have prospered since the 2008 financial crash while “regular people” have lost stability. As the Chief Executive of the world’s biggest asset manager, his words prove impactful. In 2018, he wrote: “Companies must benefit all of their stakeholders, including shareholders, employees, customers, and the communities in which they operate.” This year, they advocated for increased investor focus on sustainable values.

Joseph Stiglitz, professor at Columbia University and a Nobel Prize winner, has conducted substantial research in response to fellow professor Friedman’s ideas back in the 1970s. In his research with Sandy Grossman, Stiglitz showed that “shareholder wealth maximization doesn’t maximize societal welfare.” Instead, he continues to support a focus on all stakeholders.

In an attempt to offer clarity and direction for those pursuing stakeholder capitalism, the Business Roundtable has defined stakeholders as follows and advocated for the following commitments to each party:

On paper, these commitments look promising. However, those against stakeholder capitalism say it’s simply far too complex. With competing interests amongst these parties, some would even call it impossible.

Under shareholder capitalism, business leaders are encouraged to make decisions that lead to quick profit, but they often have long-term consequences. The damage can range from harm to consumers (i.e., selling unhealthy or addictive products); poor employee treatment (i.e., too little pay, unsafe working conditions); damage to communities (i.e., dumping industrial waste into water or soil); and so on.

Of course, not all would agree with this short-term outlook. For instance, Michael Faulkender (Professor at the University of Maryland), says that shareholder capitalism already rewards long-term outlook because equity prices are based on future earnings, not current earnings.

Let’s face it: No plan is perfect, and Stiglitz is quick to admit it. He suggested that some signers of the Business Roundtable were disingenuous because they continued to pay less than their fair share of taxes.

Meanwhile, although certifications exist that help verify a company’s commitment to being a stakeholder-focused corporation (like the list of “B Corporations”), some have been found in direct violation of their pledges.

Ultimately, given the size of the average corporation and the complexities of verifying social and environmental accountability, mistakes happen. However, proponents of stakeholder capitalism say it most certainly can work. Moreover, more employees and consumers are becoming conscious of the companies they’re buying from, taking support away from brands who fail to consider the long-term, widespread consequences of their actions.

Get a Better Grip on Your Company’s Back Office

So, where does your company stand in the stakeholder vs shareholder capitalism debate? Ultimately, no matter which side you’re on, profitability remains a key factor in a company’s success.

Multiview ERP is much more than traditional accounting software. It offers robust reporting with intercompany financial statements, dashboards, key performance indicators (KPIs) and data-warehouse interface reporting through our data and reporting engine. It acts as a single source of truth across all information sources in the company. It also has a unique implementation process and support structure to help streamline the transition, and it is fully scalable, designed for expanding small businesses and industry giants alike.

More than that, Multiview takes pride in putting people first. Our caring, helpful teams are happy to work with you to explain features, answer questions, and help make sure you get the best match for your business and its goals. 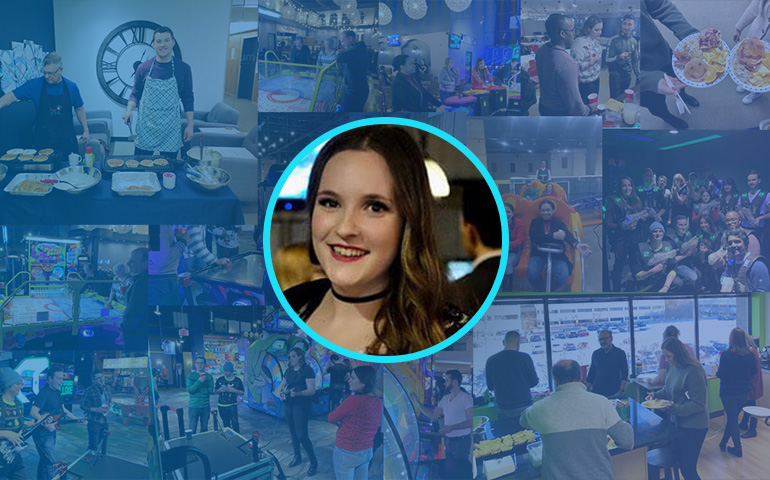 Employee Spotlight: A Day in the Life of a Financial Support Analyst

Welcome to our new Employee Spotlight series. Here at Multiview, we feel very fortunate to be surrounded every day by such amazing colleagues, each possessing a diversity of skills and expertise. We ... 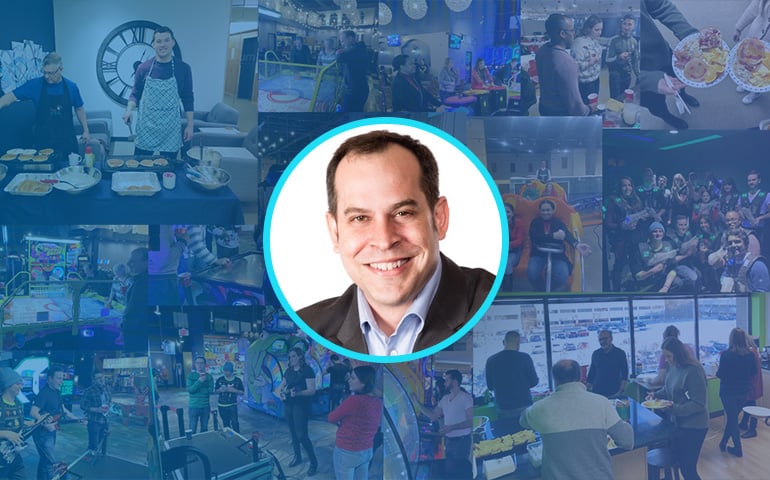 Employee Spotlight: A Day in the Life of our Director of Information Technology

Enterprise resource planning (ERP) can be a powerful tool when businesses leverage it to manage data for core business processes. However, several common ERP myths can discourage companies from ...